Francesca is a powerful ancient and a healer of some renown, based out of Paris, France. She creates stained glass windows, some of which are in Aidan Savage's house in San Francisco. She found a way to walk in the sun, but her eyes were still sensitive to the light. When her lifemate Gabriel found her and gave her his blood, all her work was undone, which made her mad. However, seeing Gabriel with Skyler, an abused psychic girl, showed her another side to the legendary hunter and she fell in love with him hard. When she found out that Gabriel got her pregnant with their daughter, Tamara, Francesca wasn't angry. In fact, she was happy. She and Gabriel adopted young Skyler and even learned that Lucian, who all believed had turned vampire, was still Carpathian had a lifemate. Francesca is pregnant with her second child in Dark Wolf. 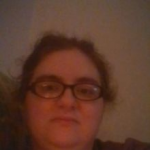 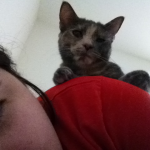